Ex Cathedra: Garrick Ode @ Holy Trinity Church, Stratford-upon-Avon
What often happens with Shakespeare is that artists end up reinterpreting existing reinterpretations of Shakespeare, blurring the lines between inspiration and originality. That’s just what is happening with this Ex Cathedra rendition of Garrick Ode, a piece composed for a 1769 Shakespeare jubilee event organised by theatre impresario David Garrick. It sounds like it was some celebration – it included young men singing to women up in windows ­– but this piece by Thomas Arne was the focal point (Arne is best known for Rule Britannia).

Late at the Library: World Book Night celebrates Shakespeare @ British Library, London
A cross collaboration with British Library and World Book Night, this evening’s key selling point is the interactive element. In Shakespeare’s time audiences would vent their feelings pretty freely – a far cry from the hush-hush culture of today. With Shakespeare karaoke, the audience gets a chance to recreate that passionate approach by getting up and reciting a monologue for themselves.

Also on the bill is Ben Crystal as compere for a night that promises ‘special guest stars, performances of speeches and scenes from Shakespeare’s canon,’ – the latter of which comes from Crystal’s acclaimed company Passion in Practice. To take part in the karaoke you’ve got to submit a one-minute video in advance, which you can do through Passion in Practice’s website.
23 April, 19:30, passioninpractice.com

Sonnet Rap Marathon @ Shakespeare’s birthplace, Stratford-upon-Avon
Devon Glover aka The Sonnet Man has carved out a career for himself by turning Shakespeare’s sonnets into free-flowing lyrical streams. Normally he works with charities and schools to bring Shakespeare’s work to young people in a medium they can engage with – another testament to the durability and versatility of his words. Here he makes an incredible attempt to deliver all 154 of Shakespeare’s sonnets .The rap marathon coincides with Stratford’s full and half marathon.
24 April, 11:00, shakespeare.org.uk

Henry V from Antic Disposition @ Holy Trinity Church, Stratford-upon-Avon
It wouldn’t be a Shakespeare death-day party without a visit to his hometown – and in this case, his actual tomb. Antic Disposition were inspired to retell this tale by the World War One centenary, with Shakespeare’s play perfectly depicting the tragedy of the common soldier – the little man who pays the price for the big plans of national leaders. It’s yet another example of how Shakespeare continues to be relevant to situations and circumstances he could have never envisioned in his lifetime. The production itself has garnered a raft of four and five-star reviews.
29 April, 19:30, anticdisposition.co.uk

The Grace of Plants: Shakespeare and Botany @ Garry Weston Library, London
Shakespeare had a lot to say about a lot of things – war, love, disease – but, believe it or not, flowers and herbs were among his favourite topics. Whether it is the Friar telling Capulet to ‘Dry up your tears and stick your rosemary on this fair curse,’ or Macbeth asking, ‘What rhubarb, senna or what purgative drug would scour these English hence?’  you don’t have to look far for a good botany quote from the Bard. To that end, Margaret Willes’ talk should have plenty to draw on, as she opens up a side to Shakespeare that is often forgotten amid the puns, passion and poison.
5 June, 13:30, cathedral.southwark.anglican.org

Bottom’s Dream @ Royal Festival Hall, London
A special musical version of A Midsummer Night’s Dream, aimed at families and children and part of LPO’s FUNharmonics series. LPO has worked with Globe Education on this show, which promises ‘enchantment, confusion, and a bit of silliness along the way’ – sentiments I’m sure Shakespeare himself would approve of. A nice break from weighty, wordy and possibly worthy tributes you might find elsewhere.
5 June, 10:00, southbankcentre.co.uk 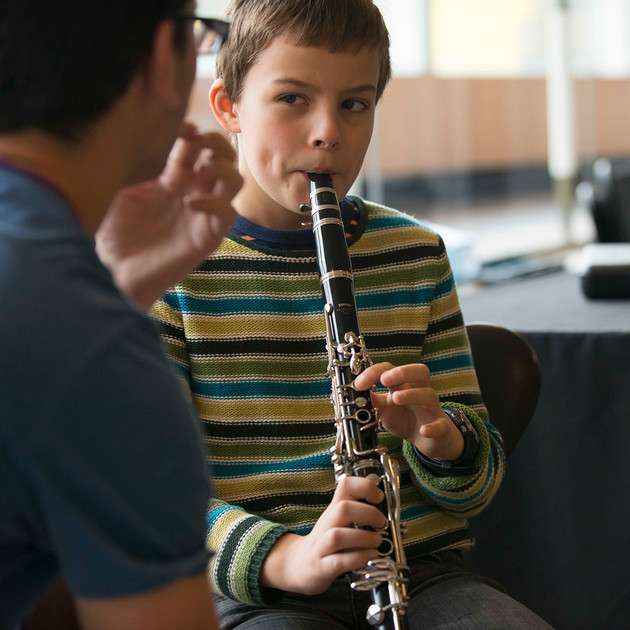 Henry V @ Regent’s Open Air Theatre, London
The role of gender of course came up in Shakespeare’s own company, since men played the female roles. Today celebrated productions like Maxine Peake’s Hamlet flip that idea on its head and, in fact, whole companies (like London’s Smooth Faced Gentlemen) are dedicated to playing Shakespeare with female actors only.

Ultimately it doesn’t always matter what the actor’s gender is, so long as they can play the part – and there’s no question that Olivier Award-winning actress Michelle Terry has the chops to play Henry V in this new production from director Robert Hastie. Set in the picturesque surrounds of Regent’s Open Air Theatre, this will be a pleasant – if not peaceful – way to spend a summer’s night.
17 June – 9 July, 19:45, openairtheatre.com 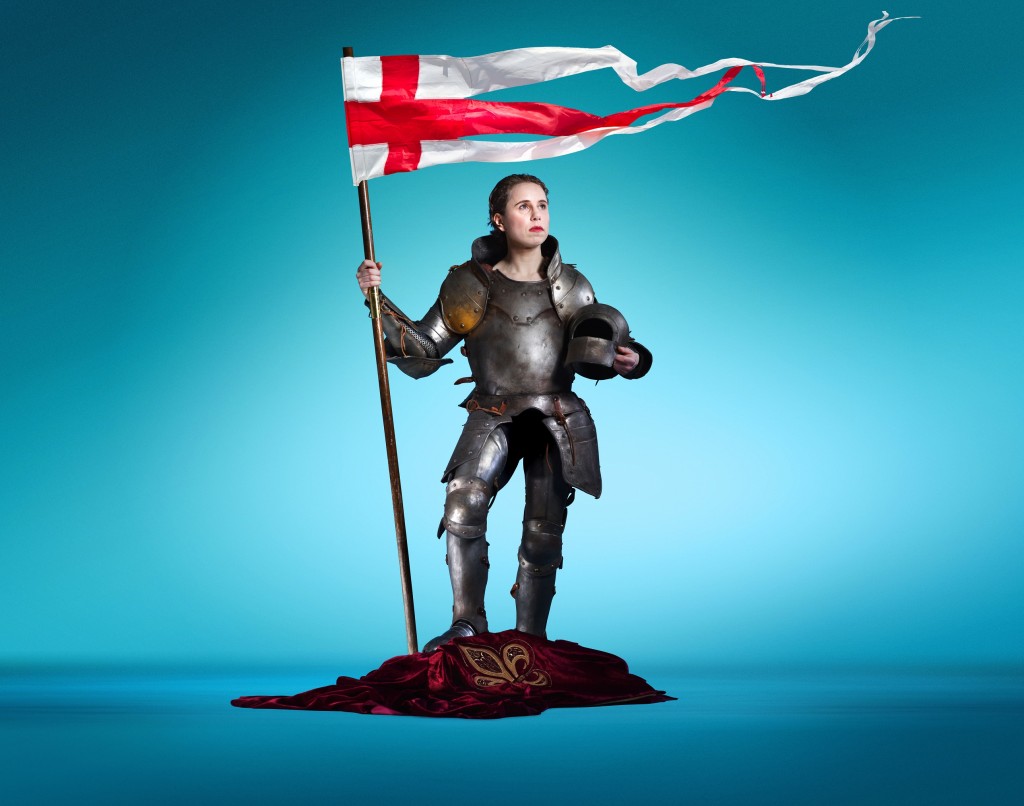 The Shadow King @ Malthouse Theatre, London
A great example of how Shakespeare can be used to discuss and debate important issues in the present day. Here, King Lear is head of a remote Australian community wrangling over mining rights. The baked red earth of the outback becomes blood soaked as two indigenous families are torn apart by capitalist greed. Told through modern English and Kriol languages, with a score performed live by an onstage band, the show was a big hit when it premiered in Melbourne three years ago.
22 June – 2 July, 19:45, southbankcentre.co.uk 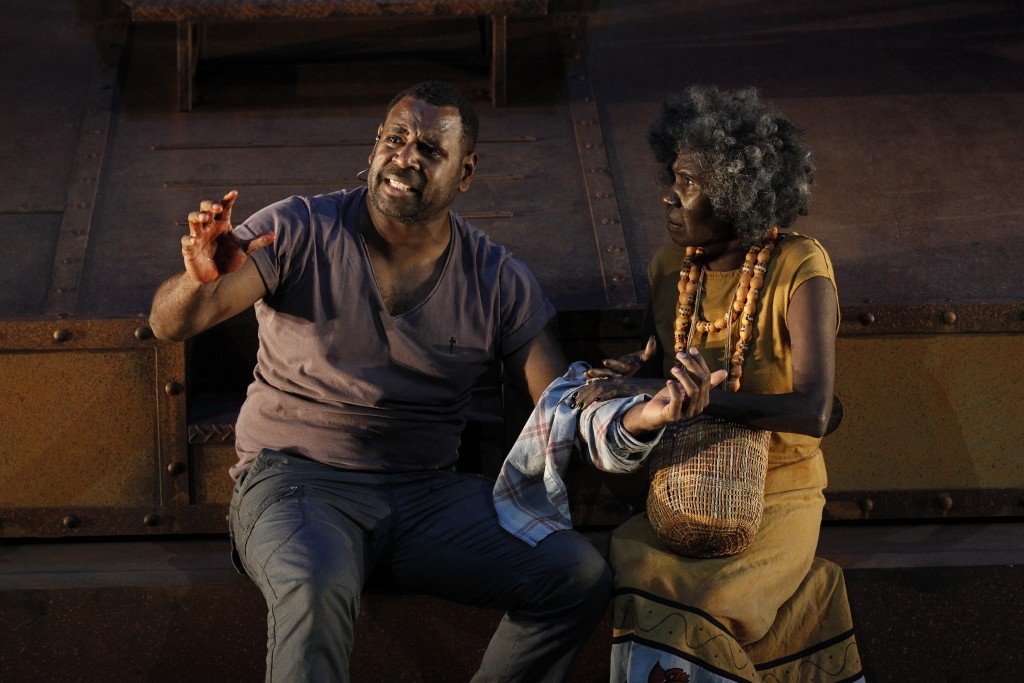 Hamlet & Japan @ Sam Wanamaker Playhouse, London
Like a 16th century Beatles, Shakespeare’s popularity has spread to all parts of the globe – and nowhere more so than Japan where, since the 1880s, his work has been a critical part of theatrical canon. This evening of talks and performances celebrates that connection, and climaxes with Kabuki-inspired Visions of Ophelia performed by the renowned Japanese actress Aki Isoda.
7 July, 19:00, shakespearesglobe.com

Béatrice et Bénédict @ Glyndebourne
Berlioz’s evergreen opera is of course based on Shakespeare’s comic romp Much Ado About Nothing; in fact, it is the first notable opera to be based on one of his plays. Glyndebourne previously performed the piece way back in 1993, but this will mark the debut of a new production directed by Laurent Pelly. Tickets are pretty much sold out; however, cinema screenings are planned for August.
23 July – 27 August, 17:20, glyndebourne.com

A Midsummer Night’s Dream @ Glyndebourne
Glyndebourne plans to celebrate Shakespeare across the 2016 and 2017 seasons, with a number of new productions. Among them is Britten’s A Midsummer Night’s Dream, which returns to the country manor estate stage after a 10-year absence. Peter Hall’s enduringly popular 1981 production has an impressive ensemble cast including bass Matthew Rose as Bottom, countertenor Tim Mead as Oberon and coloratura soprano Kathleen Kim as Tytania.
11–28 August, 16:20, glyndebourne.com

André Tchaikowsky was an amazing concert pianist and a skilled composer. But he is best known for donating his skull to the Royal Shakespeare Company (after his death, of course) with the hope they would use it in productions of Hamlet. His wish finally came true in 2008 when he starred as Yorrick alongside David Tennant in Gregory Doran’s adaptation.

As you can imagine, Tchaikowsky was obsessed with Shakespeare during his lifetime too. Here, Welsh National Opera give his Merchant of Venice its UK premiere, following performances at Bregenz Festival.
16 September – 22 November, 19:00, wno.org.uk