Saturday 18th June 2022
You are at:Home»News»Music»Mariss Jansons made honorary member of Berlin Philharmonic

Mariss Jansons has been made an honorary member of the Berlin Philharmonic, in recognition of his many years of work with the ensemble. He collected the prize during rehearsals for a series of concerts that will celebrate his birthday (he turned 75 on 14 January).

“For many years the Berlin Phil and the public have again and again experienced fascinating concerts thanks to you,” said Berlin Phil board member Knut Weber, as he presented Jansons with his certificate.

“It is a great pleasure for us all to have you with us this week. It is our heartfelt wish to thank you by conferring honorary membership in our orchestra on you. Thank you for many years of unique musical cooperation, for unforgettable concerts – in short, for your wonderful friendship.” 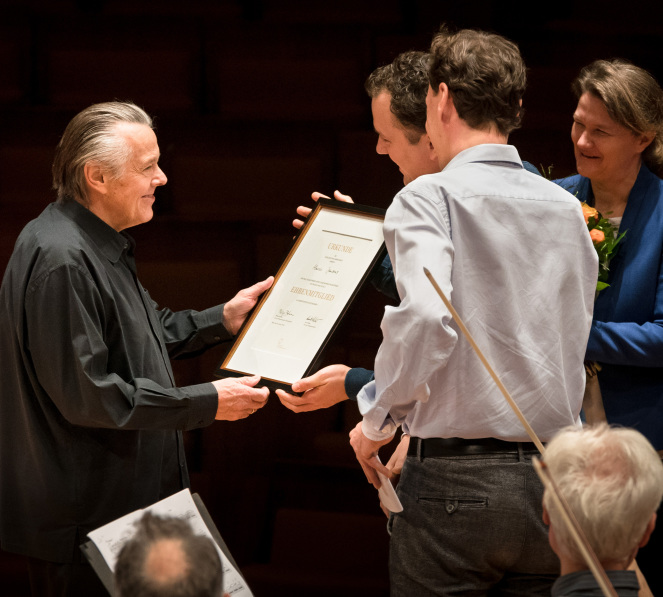 Latvian Jansons first conducted Berlin Phil back in 1971 at the International Herbert von Karajan Conducting Competition. His first official concert with the orchestra was in 1976, and since then he has led the orchestra more than 90 times.

The birthday concerts take place on 25-27 January, with a programme of Bruckner’s Symphony No 6 and Schumann’s Concerto for Piano and Orchestra in A minor op 54.