On the banks of Kowloon Bay a huge construction project is underway. The West Kowloon Cultural District (WKCD) might look like a giant building site today, but once completed it will be a thriving international centre for performing arts – at least, that’s what its leaders hope will happen.

The grand plan calls for 17 arts venues to be completed, although just five are currently under construction. That is because, as with so many major building projects, construction costs have increased dramatically since the Hong Kong government first allocated HKD21.6bn (€2.46bn) for the project back in 2008.

‘In order to complete the whole district we need to come up with an agreement with the government about how we will get the rest of the funding,’ says Louis Yu Kwok lit, WKCD executive director of performing arts, when IAM speaks to him over the phone. ‘But at least in the next five years we will have five venues coming along that will be open one by one – that will be a strong start.’

The first performing arts venue to open will be the Xiqu Centre, a facility for Chinese opera. Although popular in Hong Kong itself, it is not an art form that has huge international appeal – so I ask Kwok-lit why this was the first space to be built.

It turns out that Chinese opera is central to the whole ethos of the WKCD project, as the executive director explains: ‘We decided to build the Xiqu centre first, as an international city we play the role of bridging the East with the West.

‘We want to bring Chinese opera to the 21st century, to bring young artists from other disciplines into the creation process. The problem right now is that it has a very Asian audience, and the average age is 65 and mostly women – It is not a very diverse audience. We have a lot of work to do if we want to bring young people in. 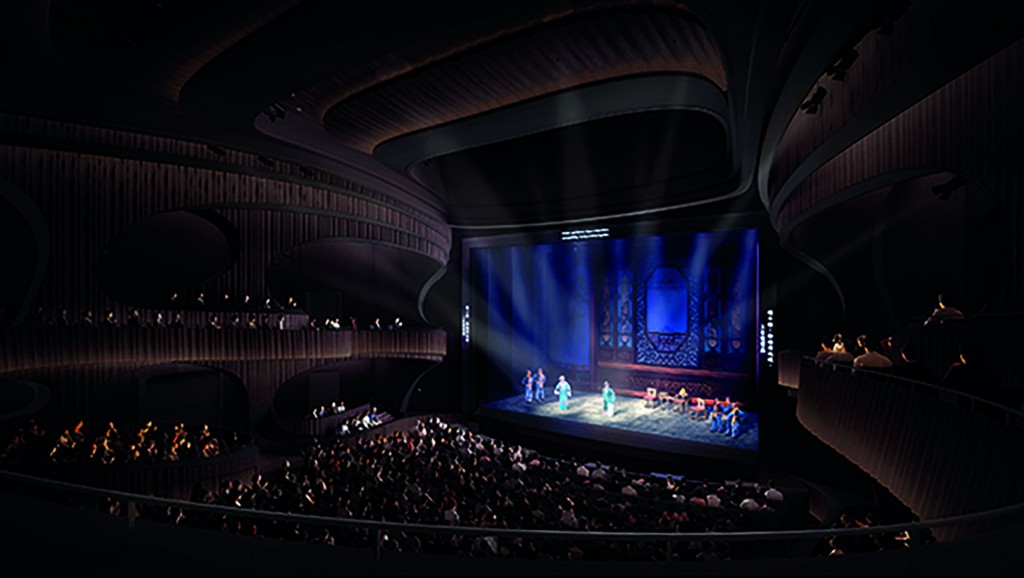 ‘So it is an exercise in reinventing an art form, combining elements of our heritage and the modern world. We see this project as pioneering the development of contemporary Chinese opera, and the perfect bridge between Hong Kong and the rest of the world.’

It’s an ambitious plan, and one that will need some serious financial and artistic resources. For a start, there are currently not enough administrators, technicians and performers working in Hong Kong to staff the new facility. To combat this issue, WKCD has already started putting on programmes to build up capacity. The first was a series in a temporary Bamboo opera house. This included Two Heroic Families, The Lady’s Sash, Contention for the Seal and also several film screenings.

Then last year it launched a Rising Stars series, which engages young opera makers in the city. Continues Kwok-lit: ‘This project selects some of the important young people from the new generation of Chinese opera artists from existing troupes. We put them together to work on a production and provide them with training. We hope to nurture and promote the art form to younger people, and prepare the artists to be future stars in Cantonese opera.’ The 2016 programme includes another production of The Lady’s Sash, as well as The Immortal Zhang Yuqiao and Loyal to Love.

Xiqu Centre will seat 1,100 people in its main space, with a further 200 in a smaller Tea House Theatre. The main theatre is actually on the fourth floor, with the ground floor entirely open plan – a huge space that Kowk-lit hopes, ‘Will have a lot of outreach work, and be a space for many daytime activities that engage the public – it won’t be like other performing arts centres that are quiet during the day.’

Xiqu Centre will not host a resident company. Instead, more than 10 Chinese opera companies from Hong Kong will partner with WKCD to use the space including Ming Fai Cantonese, Yeung Ming Cantonese Opera Troupe and Ming Chee Sing Chinese Opera. The centre will open in the fourth quarter of 2018, with details of the first season and opening celebrations to be confirmed.

The second venue to open will be Freespace, a 400-seater blackbox theatre located right in the centre of West Kowloon Park, which will stage contemporary and experimental performances across music, theatre and dance. The communal heart of the whole complex, when completed it will have the capacity to hold a 10,000-strong audience for outdoor concerts. 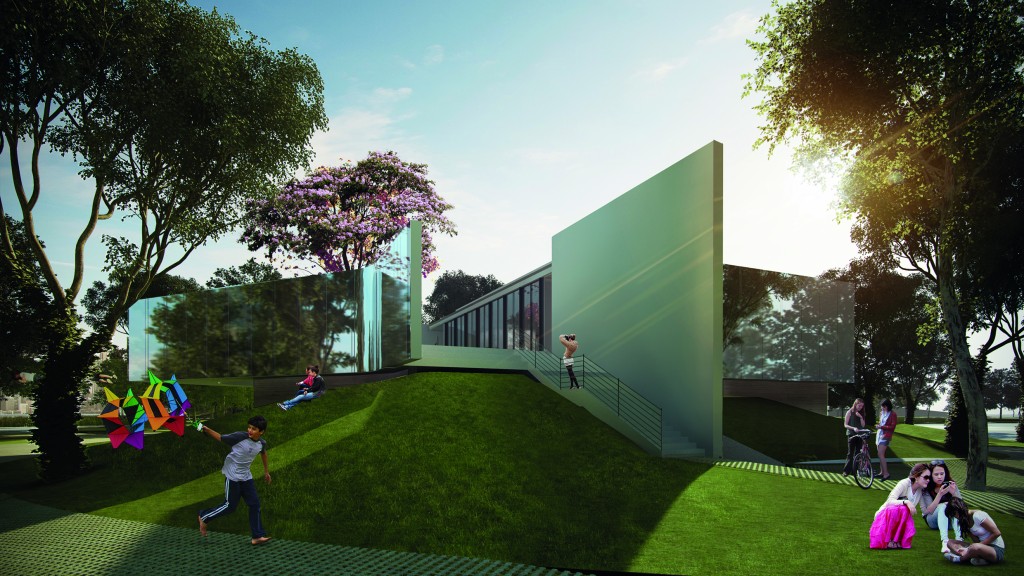 Again, programming has already begun thanks to the outdoor Freespace Happening series that has featured artists like Kevin Kaho Tsui, Hong Kong Philharmonic Orchestra, The Black Sheepee and Jonathan Yang.

‘It is a monthly music programme, but with some dance and theatre too. It has proved very popular; people come along on Sunday afternoons for music with their pets and kids and enjoy the arts and the sunshine,’ says Kwok-lit. Next season’s programme will focus on a different music genre each month, from jazz to pop, indie to classical.’

WKCD has made use of Freespace Happening to begin building bridges beyond Hong Kong: ‘Last year we did a series of programmes called international workshop festival, and also something called the new works forum, where we invited an international choreographer and director to come to Hong Kong to lead workshops with local artists. The hope is to facilitate collaboration or co-commissions for when we open Freespace in two years’ time.’

What about universities and schools – what role will they play in building up artistic capacity? ‘We are working closely with Hong Kong Academy of Performing Arts,’ says Kowk-lit. ‘They train a lot of the existing practitioners in the field, so they can really help with the provision of talent in all fields: admin, back of house, technicians, artists.

‘We also work with universities and high schools. Some of them are keen on some special area, such as Chinese opera or dance or music, so we will work with them to find students in that specialised field.’

This article was first published in the July edition of IAM. To read the full edition and find out more about the performing arts scene in Hong Kong head to our subscription page.