As part of our Estonia special, we found out about six of the concert halls the country has to offer:

A modern alternative to Estonia Concert Hall, Tallinn’s state of the art gleaming multi-purpose 1,829-seat venue is hired out for high-profile concerts and corporate events (it is not a producing venue). Located in the centre of Tallinn, the glass building is entered by a sweeping underground contemporary entrance just outside a shopping mall.

The venue is equipped with Meyer Sound’s Constellation System, meaning its dry acoustics can be altered by the simple tap of an iPad. Throughout the hall, five “Constellation” presets can vary the hall’s reverberation times and early reflection content. The technical crew can choose from the following: “Physical acoustics (off)”: for louder amplified music, and for most spoken word applications when the PA system is used for reinforcement. “Very Short:” for chamber music and musical theatre, with emphasis on early reflections, this option also provides a “Voice Lift” feature for spoken word events, ridding speakers of the need for a microphone. The “Short “setting is suitable for chamber music, solo vocal and instrumental performances, small ensembles, and opera, while “Medium” is best suited to romantic orchestral and choral music benefitting from longer reverberation times with a fuller low frequency response. The Long setting complements orchestral music in need of a “Wagnerian” effect, with deep, sonorous low frequencies particularly appropriate for pipe organ and early music chants.

Nordea is located in the Solaris Centre, a complex of commercial outlets that include a cinema multiplex, the Tallinn Dance Academy, Tallinn’s largest bookshop, as well as conference facilities, restaurants and shops. 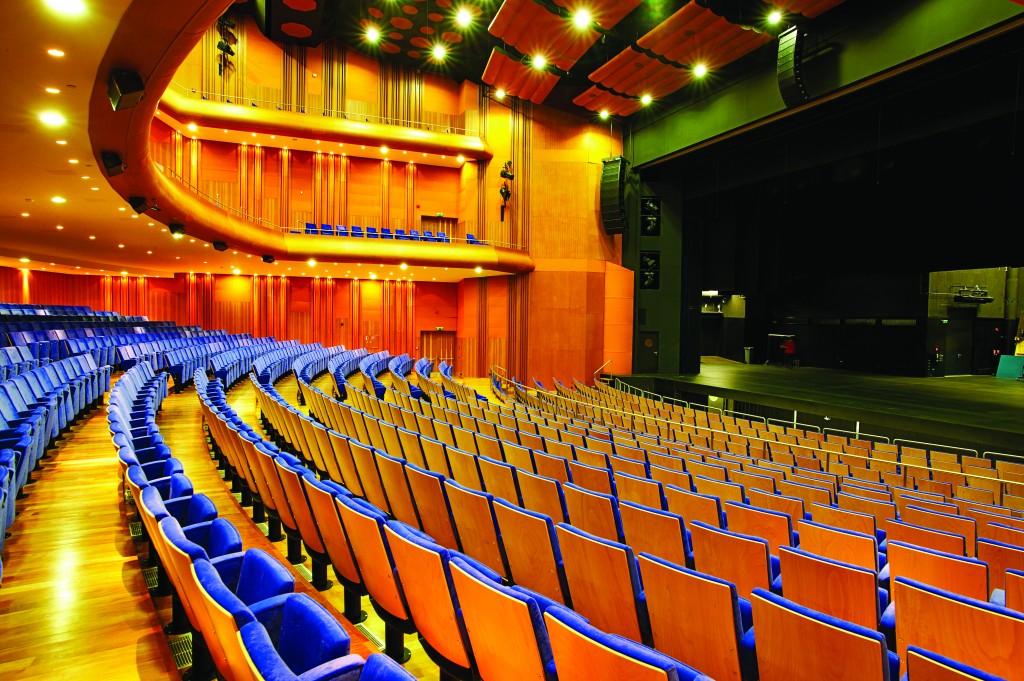 Known for the superb quality of its acoustics, this 1,000-seat concert hall with concrete walls was built in the heart of the resort town 15 years ago. Famous guest include soprano Barbara Hendricks, who has given a solo concert at the venue, as well as to the participants of the Klaudia

Taev’s singers’ concert, which is held there every spring. The vocal-friendly concert hall is also host to Pärnu Opera Days each July. It is a local centre of music, with both the music school and the orchestra using its facilities. For smaller concerts there is a chamber hall for 160 people.

The Estonia building in downtown Tallinn is divided into two: one part houses the Estonian National Opera, the other is home to the Estonia Concert Hall. What this theatre building lacks in modern state of the arts acoustics, it makes up for with heritage. The venue hosts the most formal events of the Republic of Estonia, such as receptions held by the President of the Republic and grandiose New Year’s celebrations. The concert hall, for nearly 1,000 people (993), can easily be turned into an intimate chamber music venue, a place fit for a fashion show or a pop music concert. 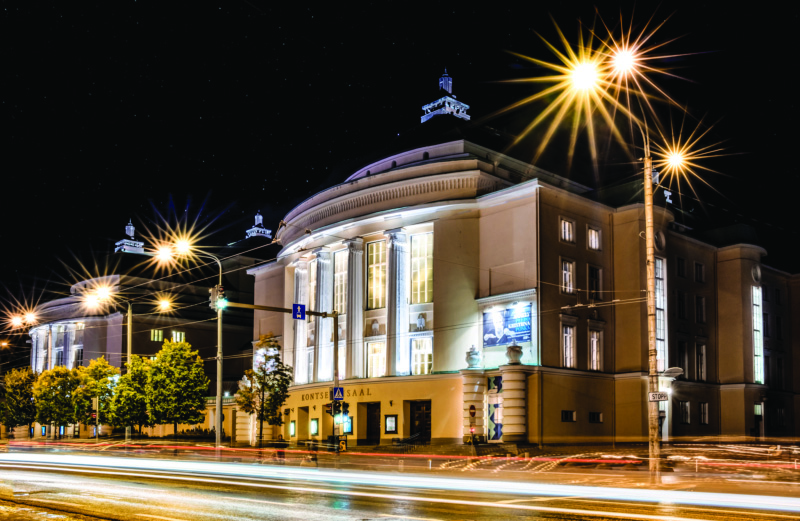 Situated on the fifth floor you’ll find a modern wooden 838-seat hall that is home to a local children’s music school, an art gallery and a training centre. The acoustics here are particularly well suited for the presentation of oratorios and musical compositions. Meanwhile, the 170-seat chamber hall also serves as a cinema. In spring, the town is filled with dance lovers as the venue presents the Jõhvi Ballet Festival, the largest of its kind in Estonia. 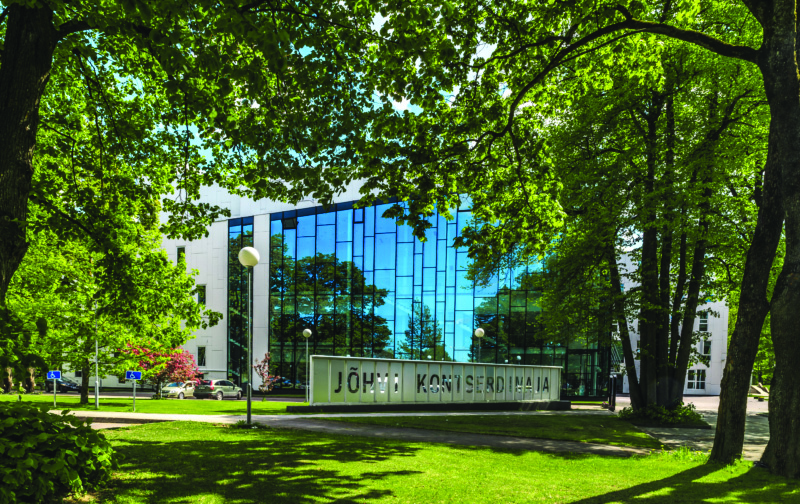 The 950-seat concert house, which was built in the ‘70s, was renovated during the turn of the century and expanded in 2001. It is also used as a conference venue, jazz club and a ballroom. 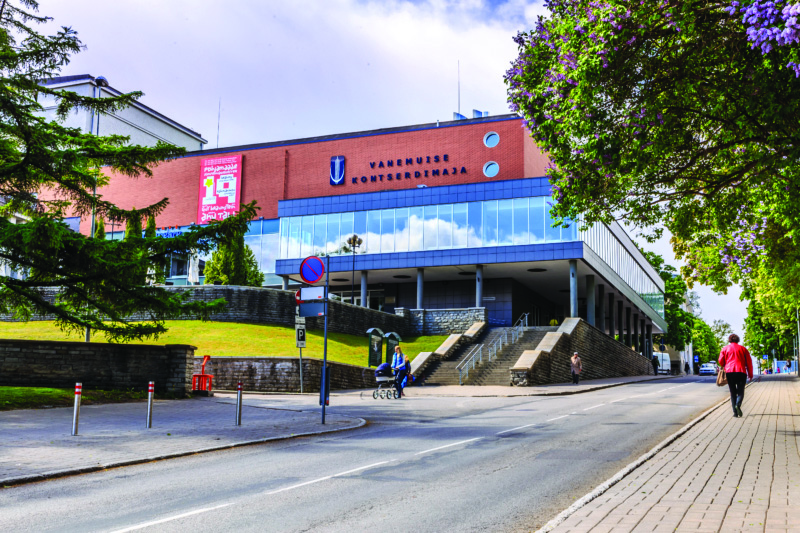 St John’s Church in St Petersburg, Russia, on the banks of the Neva River, has been a gathering place for local Estonians since its creation in the 18th century. Estonia finished restoring the church in 2011. It fits up to 350 people and when not being used by the congregation, music can be heard in the church every other day. 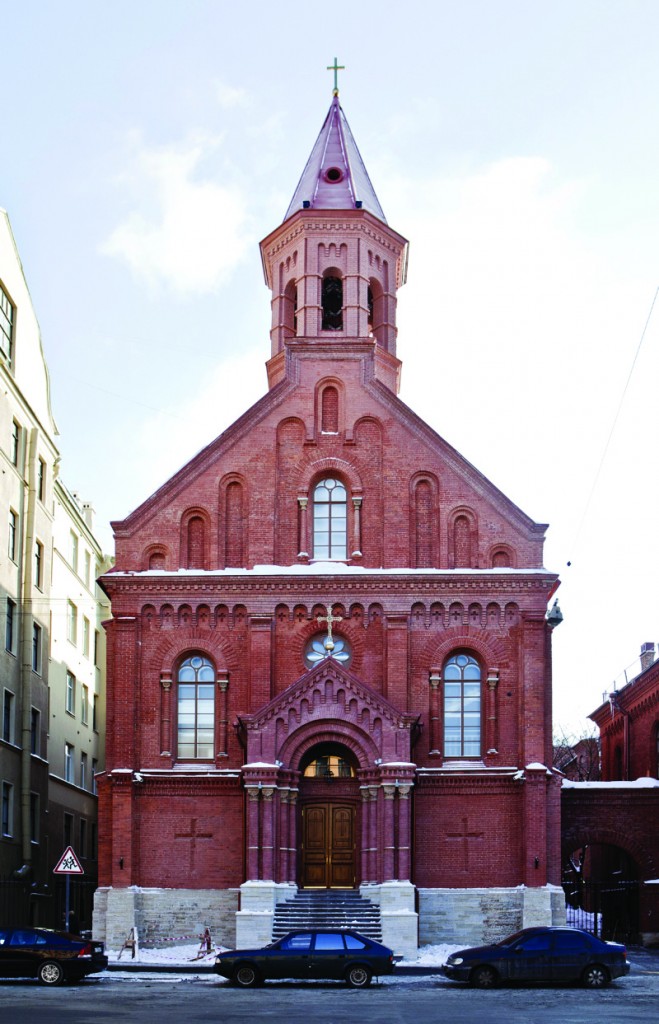 This article is taken from the December 2017 edition of IAM. To subscribe to the magazine and read the full Estonia special, click here.