Tuesday 17th May 2022
You are at:Home»Blog»Demystifying music: Clod Ensemble

Composer & Clod Ensemble artistic director Paul Clark on demystifying music: harnessing the creativity and confidence of young people when writing their own music. 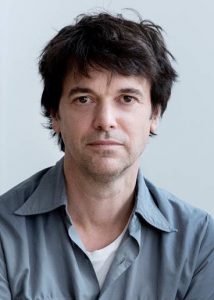 I was well aware, back then, of inequalities in the music world. Historically, those with access to private music lessons, expensive equipment, a musical life at school and/or home stood a much better chance of climbing the horribly greasy pole of professional music life.

Personally, I had a rich musical world all laid out for me – my parents were encouraging and could afford music lessons and instruments; my grandfather played jazz piano; I had a piano teacher and a brilliant guitar teacher, Lee Sollory, (also a composer) who gave me feedback on my first compositions. I played in a punk band; there were choirs at school. My next door neighbour lent me a 4-track recorder. In short, the world of music wasn’t a mystery to me.

I was well aware that others hadn’t been so lucky, but naively presumed that the situation was, over time, going to get better. However, even now, my peers – classical, pop and film musicians, plus the management and production roles that support them – mostly come from middle class backgrounds even if they went to a state school. And it has become pretty clear that the situation is actually getting worse. What is going on?

As numerous recent reports attest to, music is in decline in schools. A Level take-up has plunged 35% since 2012. And there is a direct link between this sorry state of affairs and socio-economic deprivation. A child whose parents earn GBP28k (€32.5k) is half as likely to play an instrument than one earning GBP48k (€56k).

Government policy and perhaps public disinterest has conspired against those of poorer backgrounds. Independent schools, meanwhile, continue to prioritise arts, and the music world remains their oyster.

These effects were clear when Clod Ensemble began working in a college in North London. Students were often naturally gifted, getting top marks at GCSE through raw talent and occasional access to a laptop. But this hadn’t prepared them for the terrifying technical and theoretical demands of an A Level – and their grades were reflecting this.

We began to target our programme more directly at the syllabus, and particularly at the composition module – something that, with a bit of coaching, students with less schooling in the classical ‘virtues’ could excel at.

15 years on our average grade for composition is A (76%). For two consecutive years we’ve had a student getting full marks.

We’re immensely proud of these results. How have we achieved them? Well, we’ve worked with the teachers to really understand the syllabus and be pragmatic – perhaps the kind of pragmatism that gets taken for granted at an independent school. But mainly it’s about de-mystifying the process and language of writing music.

Composers and songwriters are exotic creatures in our culture. Most people have never written their own music, and may never have met someone who does it for a living. So they assume it to be an almost impossible task – this situation is made even worse if music education is conveyed in a language students don’t understand by people who don’t look or sound like them.

So, like lots of music education in recent years, our frame of reference is very broad – we use grime music to discuss timbre, Beethoven to discuss syncopation, Bowie to discuss harmony, Kendrick Lamar to discuss modulation. Students can write in any style but we steer them towards the kinds of musical processes that examiners like. Usually they write something that is authentic, but also scores well. We bring in brilliant musicians from different backgrounds to work with students and play their compositions: jazz musicians Zoe Rahman and Yazz Ahmed; Chineke! Orchestra; session supremos Annie Whitehead and Trevor Mires; and tenor Mark Padmore.

Clod Ensemble’s work in the classroom

Now we are collecting hundreds of top tips, examples and provocations into a series of free online videos for students – and anyone else who is interested. Central to the project is the input of composers from all parts of the music world who will speak about their own writing process, from coming up with a tune to dealing with writer’s block.

There will be a polyphony of voices that will, I hope, be a treasure trove for a young musician. Not all these voices will chime with everyone, but that’s not the point – there are so many ways of being a brilliant musician. We are simply trying to peel away some of the mystery; to share some of our successes, mistakes and top tips – to help them make the music that they want to play and hear.

Clod Ensemble’s free online composition videos will be available from the company’s website.