Sunday 24th October 2021
You are at:Home»Blog»Theatre for the people

Stef O’Driscoll, artistic director at nabokov, says that in order to remain relevant theatre needs to go out into the real world

Being a maker of stories I am forever trying to get my mates to see shows I have created, as I believe everyone should have the opportunity to experience live theatre and then decide whether it’s for them or not. However, what at I often hear my mates say is:

And if my pals somehow manage to find a show they like the sound of, afford a ticket and then actually step foot inside an inherently middle class institution they then come up against a third problem:

I was lucky enough to get a free ticket to see Hamilton earlier this year and I whooped with joy and fired some gun finger salutes throughout the first act. I was having such a great time seeing musical forms I have grown up with on a West End stage. I was then told by an usher, in the interval, not to respond in that manner as I was disrupting the people around me.

I was outraged and mortified at being told how I could respond – surely the makers of Hamilton would not want this? How else am I meant to respond to people shelling dope bars on stage to tell a story? If I was not a maker of stories myself, and this was my first experience of the theatre, would I ever come back?

When I became the artistic director of nabokov it was important for me that we made work that my mates would come to see – that we were providing an alternative experience. So we make sure we perform in a wide range of environments including music venues, festivals, theatres, community centres, pubs, clubs and parks, creating inclusive spaces where we can have a good time and celebrate and share our stories together. It is important that we do not expect audiences to come to us, that we take work to people on their doorstep in spaces they are comfortable in, reducing the barriers that prevent audiences from experiencing the arts ultimately developing and engaging new audiences. 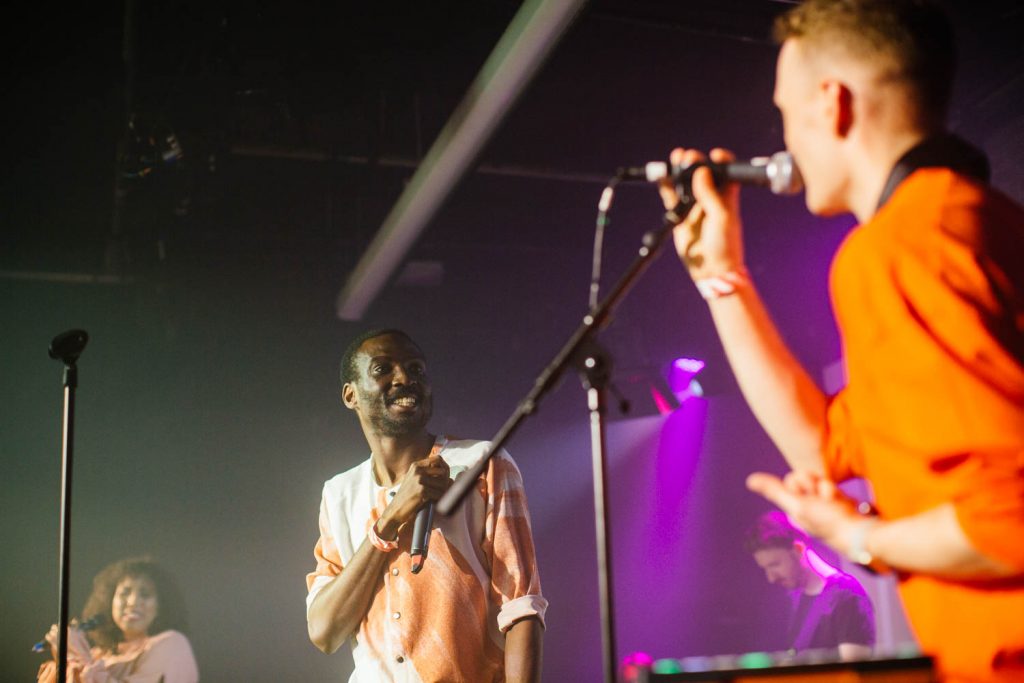 Theatre needs urgent change in order to remain relevant and popular and we need to find new ways of creating live events that focus on attracting those people who feel alienated by theatre. For this, I believe gig theatre is the key. I am obsessed with what happens when you fuse two of my loves – stories and music – together, and present it to an audience in a gig-like environment where audiences can sit, stand, dance, rave and travel throughout the space.

Gig theatre allows this, because it liberates the audience from the behavioural expectations of theatre, which dictate how you are supposed to engage with a performance. Gig theatre removes barriers and attracts new audiences who may feel alienated by theatre etiquette.

Over the last five years there are incredible companies around the UK who have also been pioneering this form of theatre, including Paines Plough, Middle Child, Not Too Tame and HighRise Theatre. It is exciting to see how these companies continue to respond to the generation around them and push things forward.

Right now we at nabokov are hyped by our most recent collaboration with the critically acclaimed band Benin City. The band came to us with the original music from their second album and audio interviews with London’s DJs, property developers, barmen and ravers. They wanted to make a boundary-pushing spoken word and music experience about London’s disappearing nightlife. And that is what we have done, with a piece called Last Night.

Come and join us at on 8 June and lets make some shapes together.

Last Night will be performed on 8 June as part of Poetry & Lyrics Festival 2018 at Kings Place.
nabokov-online.com
Get Our E-Newsletter - Weekly email news from International Arts Manager
See e-newsletter example
Will be used in accordance with our Privacy Policy