Thursday 25th February 2021
You are at:Home»Blog»For artists in Pittsburgh, race plays a factor in the hunt for funding

In this article originally published by Public Source, Lauren Rosenblatt finds out that artists of minority populations aren’t getting the same funding and opportunities as white artists. As a result, grantmakers and cultural organisations are developing programmes to address the disparity.

Because of her skin colour, Penn Hills, Pennsylvania, artist Christine Bethea said she feels pigeonholed into representing ‘her Blackness’ in her art.

As a quilter, painter, and assemblage artist, Bethea said her work lacks the themes of ethnicity and Black culture that she thinks many foundations want to see when awarding grants designed solely to support artists of colour.

But, when she starts conversations about other general arts grants, she said the foundations often point her back to grants for artists of colour.

‘I am Black, but that’s not what my art is always about,’ Bethea, 59, said. ‘[The foundations] don’t do that to a white artist; they don’t make them pick an aesthetic.’ 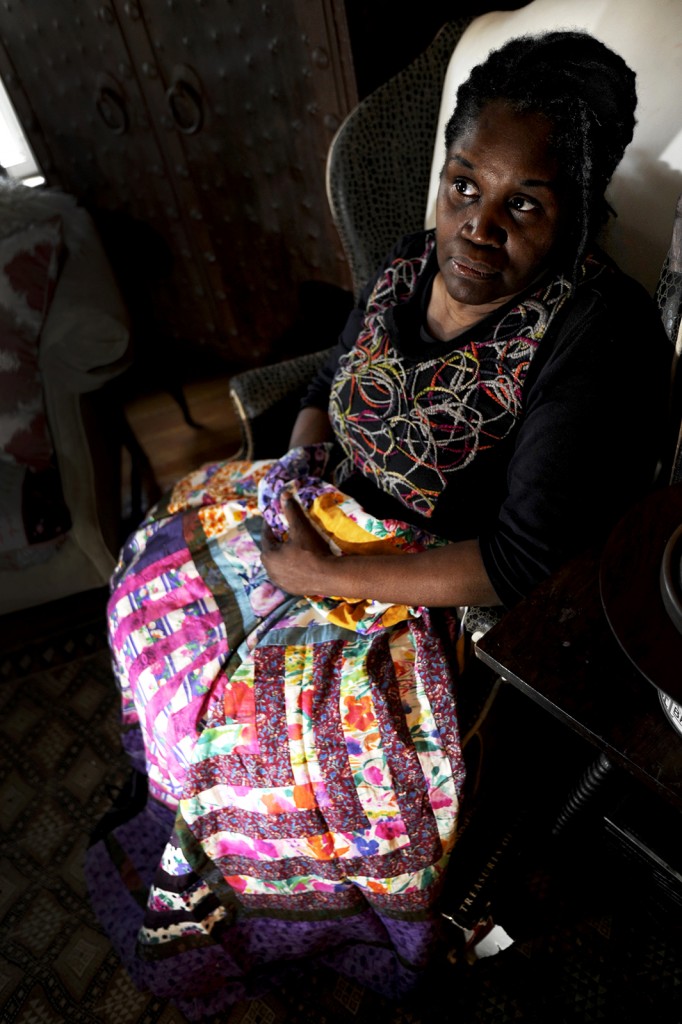 Of her friends who are Black artists, Bethea said almost all of them have been rejected after applying for grants.

After a few times applying, they give up.

‘I try to look at all the factors before I jump into the prejudice thing,’ Bethea said. ‘I think most people, foundations and people of Caucasian persuasion, want to see more Black art and want to find ways to make it work, but sometimes they overthink it.’

In Pittsburgh and beyond, artists, funders and advocates alike are becoming more aware of an unequal distribution of funds and resources to minority arts organisations. While reasons for the disparity vary, grant-makers in Pittsburgh are showing a desire to remedy the issue.

But can those efforts overcome what Janet Brown, CEO of the national Grant-makers in the Arts nonprofit, calls ‘historical realities’?

She says the inequity experienced by minority artists is not a result of conscious discrimination, but rather a ‘struggle to get into the funding pipeline, to get the kind of ability or staff, [and]to fund their artists. The larger organisations scoop up all those folks.’

According to the 2016 Culture Counts report from the Greater Pittsburgh Arts Council, about three percent of arts organisations in a nine-county region of Southwestern Pennsylvania specifically serve racial minority populations. Of these organisations, 25 serve Black communities; four cater to an Asian audience; and four focus on Hispanic or Latino communities.

Janet Sarbaugh, vice president of creativity and senior program director at The Heinz Endowments in Pittsburgh, said access to culture for all populations is ‘a right, not a privilege.’

‘Culture is a part of your everyday life,’ Sarbaugh said. ‘It’s not just something you go and do after hours.’

Disparities in the prominence between white artists and minority artists, and the funding that helps them to exist, is not a Pittsburgh-specific problem.

Nationally, only 6 percent of minority organisations receive comparable funding from individual donors to organisations serving mostly white patrons, according to grant-makers in the Arts [GIA], which evaluates how equally grants are distributed.

In New York, for example, while 67 percent of the city’s population identifies as ‘people of colour,’ only 38 percent of arts sector employees share that identity, according to data from the New York Department of Cultural Affairs.

Data Arts, an organisation that uses data to connect grant-makers to grant-seekers, is researching the trends in other major cities, including Los Angeles and Houston.

‘We don’t want to make any assumptions about the data,’ said Larry Bomback, its chief operating officer, ‘but if the findings in L.A. wind up confirming some of the things we’ve seen in New York, for example, we won’t be surprised.’

For example, the Greater Philadelphia Cultural Alliance formed an ‘affinity group’ of leaders who represent organisations that focus on artists of colour; the group meets to discuss what resources they need and how the alliance can help them, said Maud Lyon, the alliance president.

‘Organisations like GIA are actively raising this as an issue, as are we, and putting it in front of people and making it something people talk about,’ Lyon said.

In 2013, the Greater Pittsburgh Arts Council [GPAC] formed the Pittsburgh Coalition for Racial Equity in the Arts as a way for artists and funders to discuss the equity issue and potential solutions. It has grown to include 140 organisations and individuals.

GPAC looked at its own grant process first and found that lack of diversity on grant-making panels could be negatively influencing where the funding is going.

‘It’s about understanding who has the power in the arts community, who has leadership. That’s where you see the most disparity,’ Tiffany Wilhelm, deputy director for GPAC, said.

Sarbaugh said she noticed nonprofit grant-making seemed unbalanced after a 2011 study drew her attention to the prevalence of the problem nationally.

Although The Heinz Endowments had been working to fund arts organisations of different ethnicities since 1989 with the Multicultural Arts Initiative, upon review, they wanted to have a more direct impact on the Black community.

In 2010, they replaced the initiative with a separate fund, named Advancing Black Arts in Pittsburgh. With an annual budget of $650,000, The Heinz Endowments partnered with The Pittsburgh Foundation to devote their efforts to the population they felt was the most underserved in Pittsburgh.

Corey Carrington, a 28-year-old multidisciplinary artist who goes by Grits Capone, has applied for the grant three times. 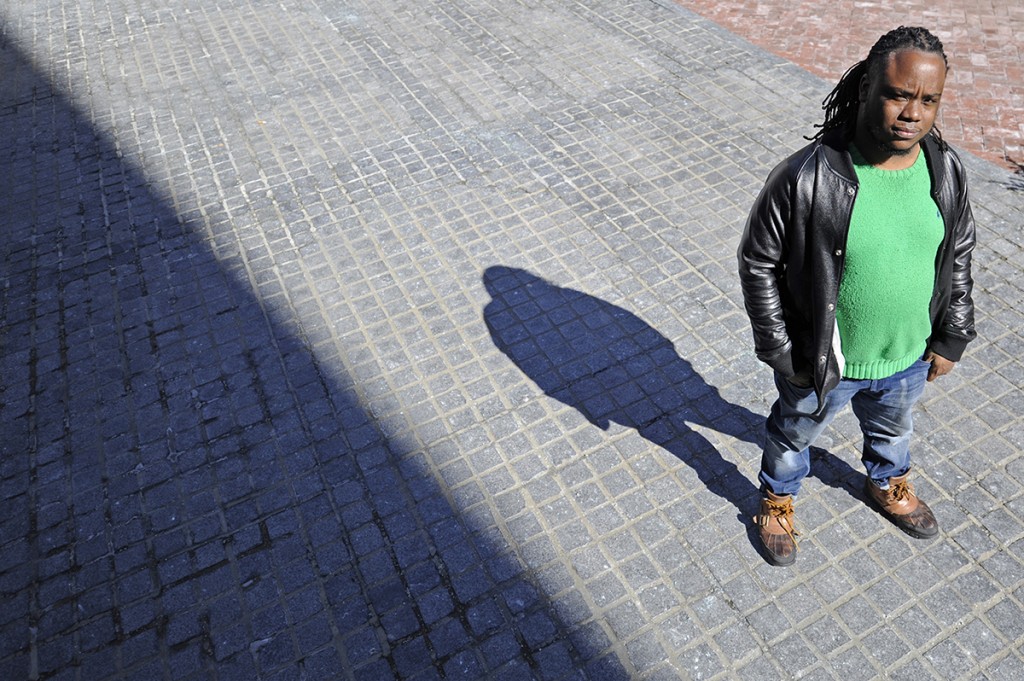 Although he has yet to receive the grant for his spoken word album ‘Watermelanin,’ Capone said he has chosen to apply for this grant because the project is ‘inexplicably Black.’

‘I don’t think I will have a less likely chance of getting those other grants because I am Black; it’s just that I have a mission,’ said Capone, who lives in Marshall-Shadeland.

After working with artists for GPAC’s artist opportunity grant, Mulgrave found that minority artists did not feel they could get the support they needed unless they applied for grants to cover more exotic expenses, like travel.

They often felt they wouldn’t receive funding for general opportunities to improve their art. For example, Mulgrave said, an opera singer needs funding for voice lessons before she can travel to a national competition.

‘A lot of time for people in underserved communities — people with disabilities, artists of colour — they don’t even apply because they are just assuming they’re not going to get a fair shake,’ Mulgrave said. ‘And a lot of times that’s true, they’re not getting a fair shake.’

Mulgrave is personally helping some artists with applications, but others who are more established, like the Afro-American Music Institute in Homewood, still need the same level of help applying for grants as organisations just starting out.

Pamela Johnson, co-founder of the institute with her husband, said they are not strapped for money but rely heavily on grants from the same major institutions, such as The Heinz Endowments and The Pittsburgh Foundation.

At 66 years old, Johnson said she and her husband don’t have the time or energy to learn the grant application system, so they outsource to grant writers to help them find new funding.

Even with the help of grant writers, Johnson said she believes to be successful in this industry, ‘It’s who you know, not what you know.’

While The Heinz Endowments, along with The Pittsburgh Foundation and GPAC, has programs devoted to minority populations, some grant-makers prefer to leave race out of the equation.

A representative from the Hillman Foundation told PublicSource they don’t ask about race because they don’t want to make those distinctions.

Instead the Hillman Foundation looks to fund community-based organisations, which they hope are run by the people of those neighbourhoods.

How to move forward

Vanessa German, a Black artist residing in Homewood, has received three grants, but said it took years of devoting her life to art and living in shabby conditions before that could happen. 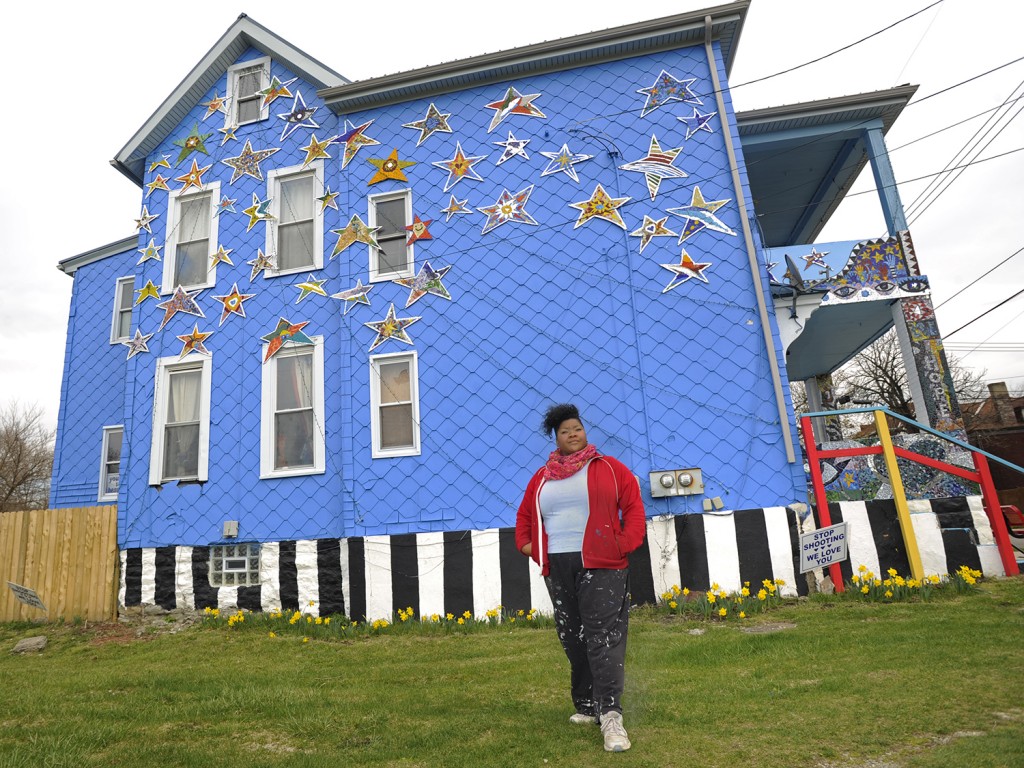 German, 39, has also sat on a few grant-making panels. In that role, she was especially taken aback by the resistance to deliberately spread the word about funding to a diverse group of people.

In one group, after suggesting they market to minorities, the white panelists told German they were worried the efforts would disenfranchise white male artists.

German threatened to leave the group.

‘When you have a human population that has been historically oppressed, then of course they’re going to be on the bottom of that list,’ she said.

Despite that negative experience, the desire to improve equity in distribution of funds is palpable.

According to Brown, Grantmakers in the Arts’ 2015 annual webinar to show organisations how they can be more equitable had 200 attendees compared to the normal 100 listeners. The influx of listeners crashed the system.

‘Unfortunately, they want answers — you know, ‘How do I fix this right now?’ — but those answers come from within the community,’ Brown said.

You can read the original article here.